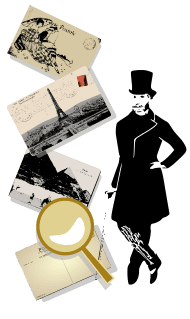 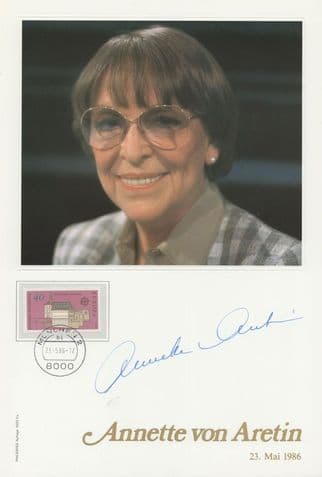 SNW0103  Never will you get a better opportunity for an Annette Von Aretin autograph than this official signed souvenir from the Bavarian quiz show announcer and large 10" x 8" first day cover dated 23rd May 1986 with a beautiful large photo of Annette Von Aretin with souvenir stamp together with special commemorative hand franked first day of issue postmark which next she has personally signed the souvenir by hand and with an undedicated signing too - you will never find a better listing than this for authenticity being her official hand autographed souvenir for fans back in 1985 and in pristine condition.

Annette von Aretin was christened Marie Adelheid Kunigunde Felicitas Elisabeth, Freiin von Aretin. She was the first Bavarian television announcer. She gained popularity by appearing on the panel of Robert Lembke's quiz show Was bin ich?, which was broadcast on German national television, for 34 years.